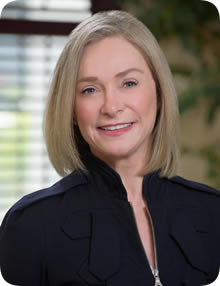 Amy is admitted to practice in Florida; the U.S. District Court, Middle District of Florida; the Eleventh Circuit Court of Appeals; and the United States Supreme Court. She is Board Certified in Appellate Practice. Her practice experience includes civil appeals, commercial and personal injury litigation in several areas, including insurance coverage, contract disputes and medical malpractice.

Amy was recently elected to The Florida Bar Board of Governors.  She served as president of the Hillsborough County Bar Association and is currently president-elect of the Hillsborough County Bar Foundation.  She has also served the HCBA as chair of the Trial and Litigation Section, co-chair of the Appellate Practice Section and editor of the HCBA’s publication, The Lawyer.  Amy is a Master in the Ferguson-White American Inn of Court and a past president of that organization.  She is also a trustee for the Florida Supreme Court Historical Society.

Amy and her husband, Ed, have three grown children and one grandchild, but their house never feels particularly empty because they also have four dogs, two cats and a horse (but he doesn’t live in the house)!  In her free time, Amy enjoys travel and fitness.